A young, cynical French film student comes to London for the weekend to make a film project for his course. Disillusioned by his London experience, he’s befriended by a stranger who shows him a side of the city, and himself, that he never would have seen. The story unfolds through his Super 8 film footage, and his voice-over narration gives us an insight into his thoughts and feelings throughout the journey.
Shot entirely on Super 8 film and taking an exhaustive 5 weeks from conception to completion, “Le Weekend” pays homage to Jean-Luc Godard, and uses the backdrop of London to great effect.
Written by Nyah Farier and Timothy Smith, the film is narrated by Val Rassi and stars Egyptian-born actor Omar and Brazilian-born actor/model Fernando Peres.
The film’s soundtrack includes music from ElectricStreetPolice, ​SonicArt and ScoreDraw Music.
Screenings 2008 Screenings 2007  ​Awards Distribution 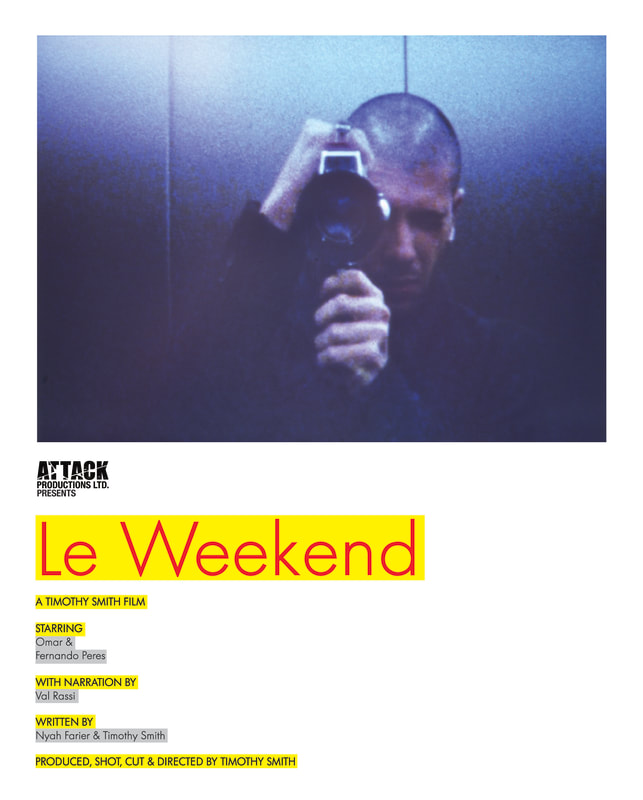